In 1972 the course “Romanian Civilization” is introduced at the University of Columbia in New York? 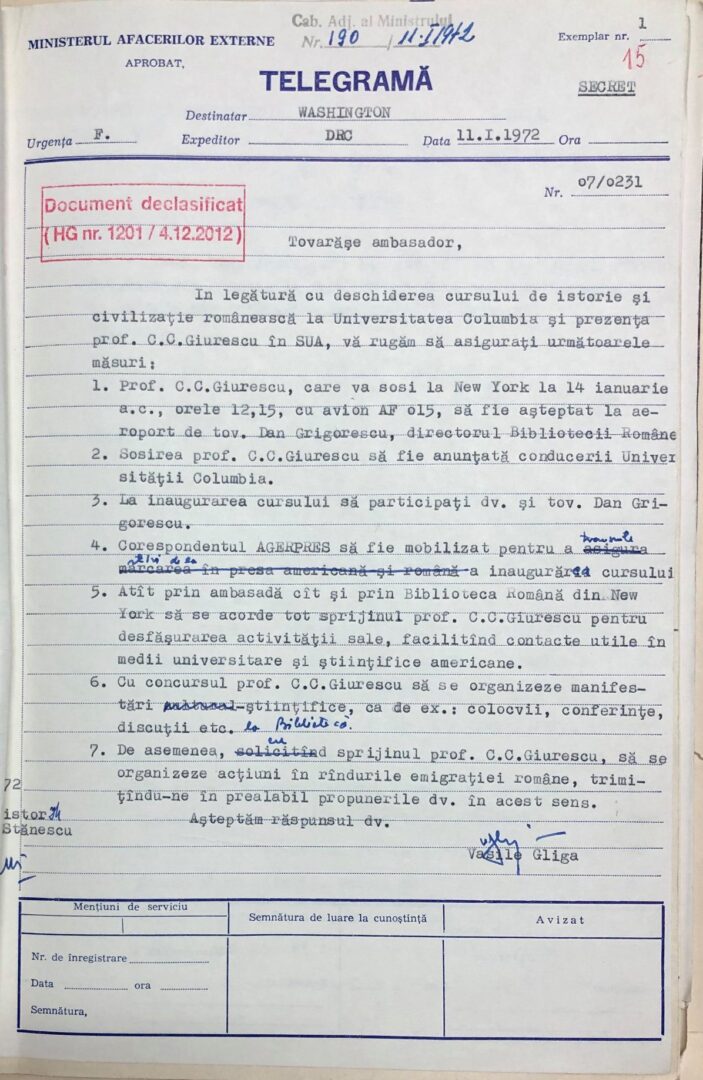 The course was inaugurated by the great historian Constantin C. Giurescu who, upon return to Romania, drafted a report that stated: “The inaugural lecture was printed and distributed by me to over a hundred and ten personalities, officials, professors, doctoral candidates and students. A copy (…) was sent to the President of the United States Richard Nixon who, on April 10, 1972, replied by a kind letter, that he signed personally”.