On November 23, 2002 a rainbow appeared above the Revolution Square during the official visit of the U.S. President George W. Bush to Romania 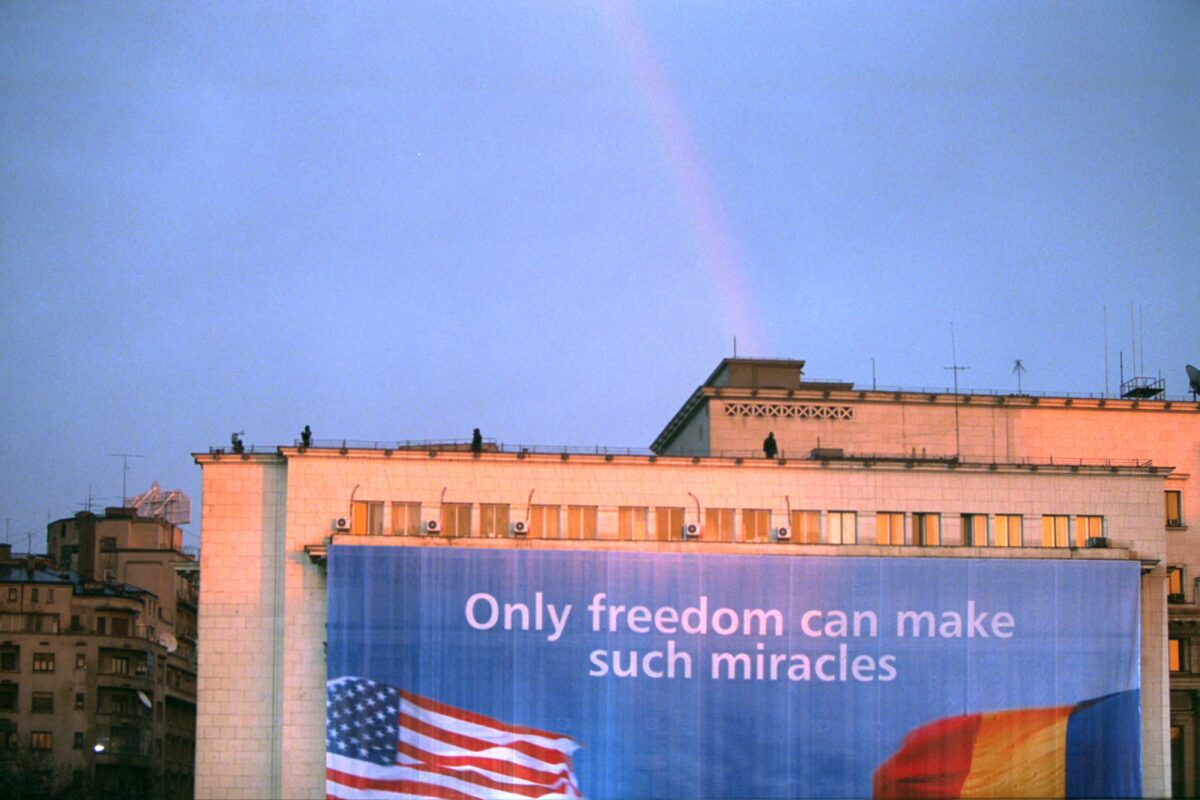 “At the moment when President Ion Iliescu was introducing me, the rain stopped and a very clear rainbow appeared. It stretched across the sky to the back of the balcony that was illuminated as a memorial to freedom. It was an amazing moment, and I whispered: « Today, God is smiling on us», noted George W. Bush in his memoir “Decision Points”.
President George W. Bush visited Romania after the historic decision taken at the NATO Summit in Prague, when our country was invited to join the North Atlantic Alliance.